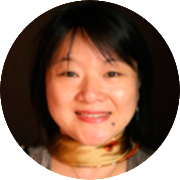 “Modern Chinese is without doubt the best set of Chinese texts I have used over the past 16 years teaching Chinese as a Second Language at Australian universities. It is one of the few texts which explain Chinese grammar from a functional perspective in such a way that makes sense to English speaking learners. The text shows a clear progression in terms of vocabulary and grammar learning. The language used in the dialogues is up to date, natural and colloquial. The topics are interesting, making it easy to create additional materials and classroom activities around them. The online resources are helpful and engaging. I would highly recommend Modern Chinese to any institution which teaches Chinese as a Second Language. We will definitely continue to use Modern Chinese and I hope to see more and more Australian universities using it.”

“I love these books for the following reasons:

-The books are well laid out.

-They have colourful comics that are inviting and fun.

-The grammar is very well explained and user friendly. It makes me want to study Chinese grammar.

-It is easy for teachers to use as they don’t have to set extra homework outside the books as with other text books. Students can simply open up the book and start studying.

-The books gradually get more difficult and don’t introduce things too quickly. They cleverly build on previously learnt grammar structures and vocabulary allowing students to be reminded of things previously learnt.

I wish they would make third year books for this series because they are the best books I have used.”

“I like using the Modern Chinese book series because it helps me to assimilate with the Chinese language discourse. The books are easy to use with clear and simple explanations on the structure of the language and they provide a decent and practical selection of vocabulary to learn. The book series started by introducing me to expressing myself in the Chinese language, but now as I approach the end of Modern Chinese 1B, I see that I have slowly been learning more and more about how to think and create meaning within Chinese, much to the standard of a native speaker of Modern Chinese.”

Modern Chinese has been the First Year and Second Year Chinese core text at the Centre for Asian Studies at Adelaide University since 2013.

This April I visited Better Chinese at their Palo Alto office in Silicon Valley, California. It was great to meet everyone in person and find out more about some exciting product developments. Better Chinese currently supports over 55% of Chinese language immersion programs in the United States so they organised some school visits for me. While I was there, we also discussed developments and programs in the Australia/New Zealand region.

Some exciting developments with Better Chinese include

The first school we visited was the International School of the Peninsula (www.istp.org ), a private kindergarten to Grade 8 school offering both Chinese and French language immersion programs. We first met with Head of School Philippe Dietz and Assistant Head of School Kate Lussen who gave me a general overview of the program. In kindergarten 80% of the classroom time is in Mandarin. By Grade 4/5 50% of instruction time is in Mandarin, with Maths and Science taught in English at the higher year levels. In the early years, immersion students on average slightly underperform on standardised testing on English and Maths but by Grade 8 they are consistently outperforming their monolingual peers. Communicating and working with parents is essential so that non-Chinese speaking parents in particular know what is happening with their child’s education and can support at home in English. ISTP students are also expected to do between 2-4 hours of homework a night depending on the year level.

We visited a kindergarten and Grade 1 classroom and I also got the chance to speak with the Grade 3 teacher. Li-Hsiang Yu Shen had played a central role in setting up the program and training the teachers and was warmly welcomed in all the classrooms and offices we visited. In the kindergarten classroom it was mat time. It was amazing to see the teachers fully explaining the upcoming activities in Chinese with the children fully comprehending and responding in Chinese or mixed Chinese/English. In the Grade 1 class the children were doing addition and subtraction using an abacus in the full Chinese immersion environment. The teacher went around the room checking and asking students about their work in Chinese with language no impediment to the children’s mathematical learning. The Grade 1 students use adjacent Chinese and English classrooms. When they are with their Chinese teacher in the Chinese classroom they learn pinyin pronunciation and when they are with their English teacher in the English classroom they learn the English alphabet. Li-Hsiang Yu Shen and the teachers assured me that the children manage this easily with no problems.

I was particularly impressed with how effectively the students learn to read and write characters in the immersion environment. In the kindergarten the teachers use My First Chinese Words to develop students literacy. In the Grade 1 classroom all the information displayed such as the classroom rules, poster on tooth health and so on were all in characters. At ISTP students learn traditional characters until Grade 4/5 when they switch to simplified. The Grade 3 teacher showed me how she taught character analysis and also an example of student composition on an iPad. On the wall were also posters on the science topics of geometrical formations and bacteria.

The second school we visited was Ohlone Elementary School www.ohlone.pausd.org, a public Kindergarten to Grade 5 elementary school offering non-traditional community and student centred education with a strong emphasis on parental involvement. Ohlone also offers a Mandarin immersion program with Mandarin instruction time of 80% in Kindergarten/Grade 1, 60% in Grades 2/3 and 50% in Grades 4/5. As both the school itself and the immersion program are very popular, enrolment by students not living in the school zone is by lottery (with one lottery for the school and one for the immersion program in particular). The school deliberately chooses 35-50% of the students in the program to be native Chinese speakers to act as role models with the rest being non-native speakers.

Ohlone has a farm with not only gardens but many animals. On one morning that I was there, the kindergarten/Grade 1 class had Farm lesson where the Farm teacher taught the children (in English) about chickens. The students then returned to the main classroom where all instruction is in Chinese. There were beautiful farm displays fully labelled in Chinese characters and farm models the students had been making. On the whiteboard there was a chart with questions and answers about farm animals and the teacher told me 80% of the children could read all of the characters used. I also got the chance to observe mat time, where the teacher taught and gave instructions fully in Chinese with the students showing full comprehension and mostly responding in Chinese.

I also got the chance to observe a Grade 4/5 class. The teacher was talking to the students about Earth Day discussing topics such as the Earth Day founder and environmental problems at native speaker speed and vocabulary level with no language modification. From what I witnessed, the listening comprehension of the students was significantly higher than a typical Year 12 second language learner.

I was deeply impressed by the commitment to Mandarin language education at the two schools I visited and the skill of the teachers. I was amazed by the fluency and literacy level of the students, many of whom clearly had no Chinese heritage. I would like to thank the International School of the Peninsula and Ohlone Elementary School for allowing me to visit their schools and also Better Chinese for arranging these visits for me. 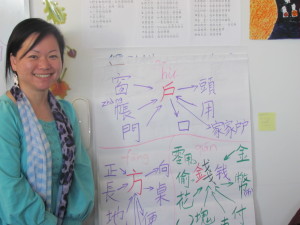 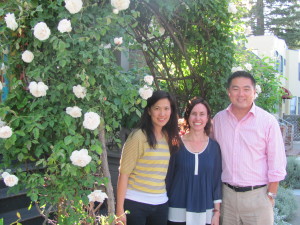 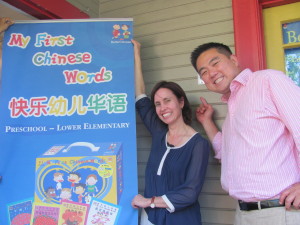 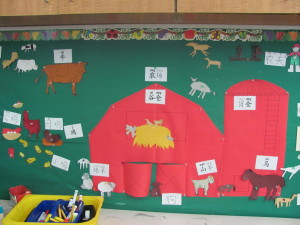 Independent learning means shifting the responsibility for the learning process from the teacher to the students. The teacher’s role becomes that of coach and facilitator. Students can make learning choices and progress at different paces but this all occurs within the framework set up by the teacher.

In the flipped classroom students can learn content online and class time can be spent on more challenging activities developing deeper understanding and proficiency. The teacher can spend more time giving personalised help to individual students. As active participants in the learning process, students can also influence the learning direction (with the teacher’s guidance) and teachers can set up tasks which connect with students’ lives.

Discovering Chinese Pro is ideal for promoting learner independence and a flipped classroom model. The core content for each topic is clearly presented in each unit and students can interact with the program to hear, read, write and record themselves, while the teacher can monitor their progress online and respond to each student individually. The program provides immediate feedback for listening and reading tasks which makes it much more practical for teachers to provide genuine differentiated instruction both in and out of the classroom.

Jiongzhou Ford is keenly interested in innovative teaching practice and has a particular interest in independent learning. She adopted Discovering Chinese Pro as the core resource for her students because of the greatly increased opportunities it offers for students to take ownership of their own learning. It also opened up many new and exciting teaching possibilities.

When nearing the end of a unit on days dates (on both the lunar and Gregorian calendars), Jiongzhou moved the focus to Chinese New Year. Even though the students were at beginner level, with Discovering Chinese Pro school accounts, they could still access materials in the higher volumes and Jiongzhou selected and adapted the language from Festivals unit to suit their needs. As one of the students in the class was from an aboriginal community, she made the cross cultural focus between Chinese New Year and NAIDOC Week (Aboriginal Australia’s major festival). The students and teachers worked as a group to adapt the language learnt to describe Chinese New Year to describe NAIDOC Week activities. Students were all highly engaged in the process and produced written work of a high level for beginner students. 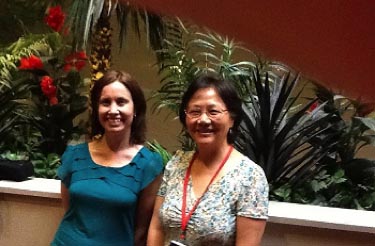 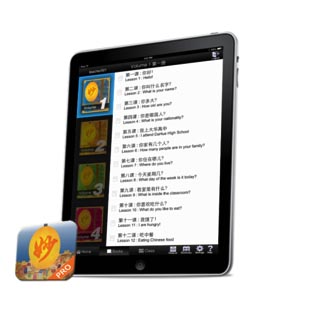 DC Pro can be accessed on iPad or online