This blog post is about the learning journey of teachers. In particular it is about my learning journey at Chinese for Families , now in its twelfth year of operation. Many thanks to all who have supported me in this journey. Thanks also to Larry Owens for this recommendation. Larry is grandfather to two of our long standing students and also Emeritus Professor of Education, Flinders University.

There is a famous Chinese idiom about a frog who lives in a well. This frog thinks the sky is only the size of the mouth of the well because that is all he has ever seen. When a passing bird tries to tell him about the vast world outside, he angrily rejects her words as rubbish. To me, this metaphor is very relevant to the field of Chinese as an additional language education.

As a practicing teacher, I see that a significant number of key players have already given up before the students even walk into the classroom. Chinese is ‘too hard’, students are ‘unmotivated’, it is ‘not possible’ or even more sadly, it is ‘not important’ or children ‘shouldn’t have to learn it’. Without belief, purpose or a sense of the importance of our work we cannot teach effectively, while without effective teaching most children will not learn. 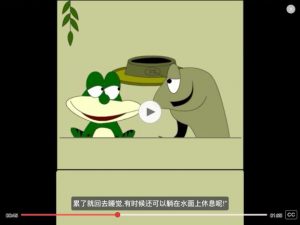 Building a language foundation – your child’s journey in learning Chine... Chinese: A great language for Australian young people to learn
Scroll to top